Chrome OS and Android may not ever be rolled completely together but commits to the Chromium Gerrit seem to suggest the two will get new cross-platform features in the very near future. That’s thanks to a new feature which is currently being referred to, at least internally, as “Better Together.” For now, the feature seems to effectively join Android and Chrome across a few different features including the ability to receive and send text messages from a connected Chromebook. It’s not immediately clear how that is going to work but it is likely based on something closely resembling another feature Google recently launched for its Android Messages platform. That would, of course, be much more direct in this case.

If the features make it to the Stable Channel of the OS unscathed, Better Together will also allow for quick tethering between a Chromebook and an Android device. That could work closely to how Google’s Pixel handsets can connect to Chromebook but there’s no way to know for sure as of this writing. If so, that would mean easy transfers of files between the two systems and similar functionality. Last but not least, the code seems to point to the ability to have a smart lock feature which keeps the Chrome OS device ready to use as long as the connected smartphone isn’t too far away. Android devices connected to a Wear OS smartwatch have a similar feature which will keep the handset unlocked as long as the smartwatch maintains a stable connection.

As noted by the source, the Better Together feature actually already shows up in the very unstable Canary Channel of the OS with a button which is intended to redirect to a setup page. The Chrome OS devs seem to be working quickly because it only took a single night to move from a nonfunctioning button to one that redirects to a placeholder page. Moreover, comments associated with the code suggest that work on finalizing strings needs to be completed by next week. That could very easily point to a more full rollout of the features to Canary, at very least, in a very short timeframe. How long it takes to move from that testing channel through the Developer Channel and then to the Stable Channel is more difficult to gauge and will depend on how many bugs are found during testing. 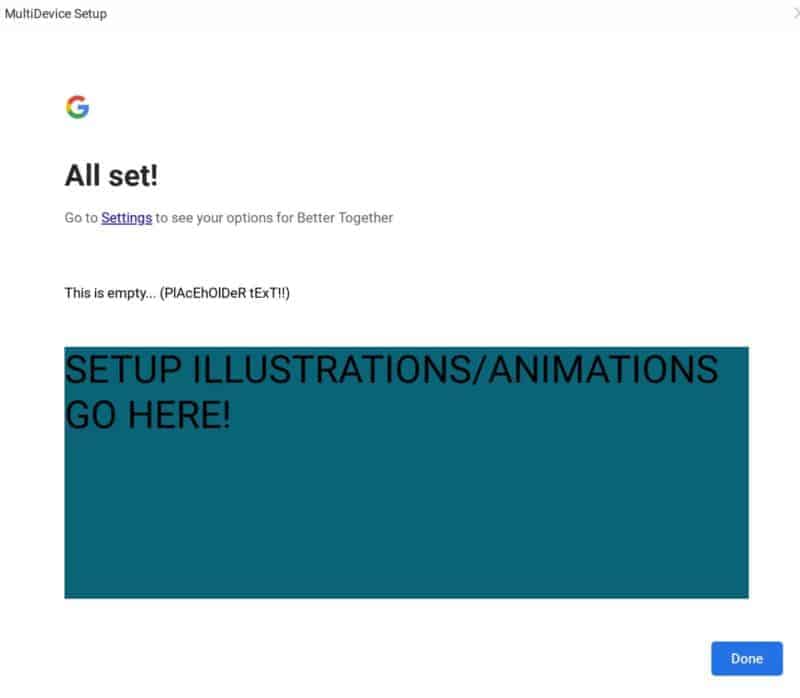