In short: Google has added to its Street View experiences with a recreation of its original headquarters located in the Menlo Park garage that, at the time, belonged to current YouTube CEO Susan Wojcicki. The new 360-degree interactive explorable location was spotted by 9to5Google, and starts in a space filled with the technology and office supplies of the day. There is also a synthesizer, old-school stereo, whiteboards with various versions of the Google logo and notes, and other company-specific items strewn about amongst the various cables, tabletops, and desks filling the relatively small space.

Background: Google has, of course, grown well beyond the confines of a garage and a few rooms since it first officially got its start two decades ago in 1998. The company now occupies several full campuses including the primary headquarters in Mountain View and employs over 80,000 full-time workers. Google itself has become a subsidiary of Alphabet, Inc. as the company looked to separate its products and services under a wider umbrella, moving many of its founders and co-founders to leadership roles within that parent Company.

The new Street View location is meant to present a contrast between the globally-present company of 2018 with its humble beginnings as part of its 20-year anniversary celebrations. Aside from the new Maps-based Street View tour, the tech company also recently swapped out the Google Doodle found on its homepage for an embedded YouTube Video highlighting some of the more timely searches performed over the past two decades. That was also accompanied by a more in-depth look at those searches, showing how much – and in some cases, how little – the most common search terms have changed over that time.

Impact: The recreation isn’t entirely faithful to the original workspace, however. That’s something that’s highlighted by the various Easter Eggs strewn throughout such as a Google Bicycle and a couple of pairs of the search giant’s Glass-branded wearables found in the various spaces. Besides those, the company logo is also featured in one or two places bearing the very latest font and style, in addition to those used when the company was just getting started. Although the Street View doesn’t seem to provide too many details for where it’s going, it does do a fairly good job highlighting where the company has been for those who are willing to explore. 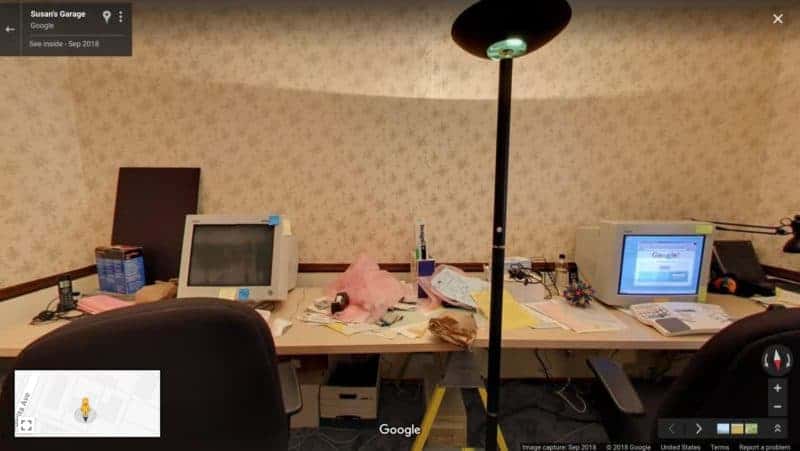 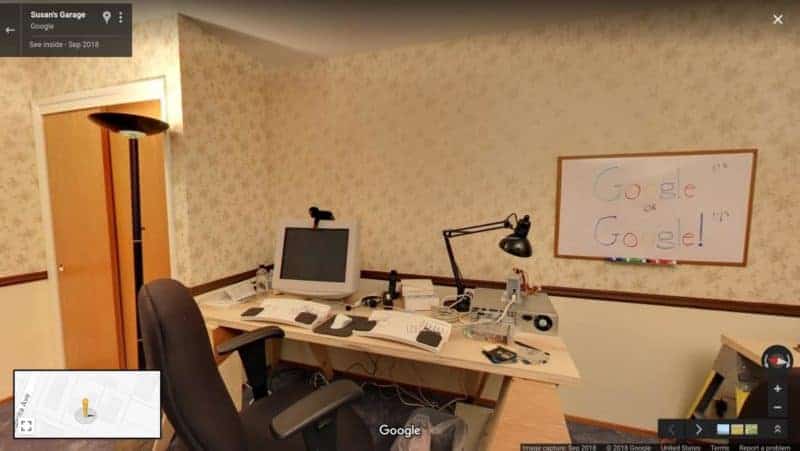 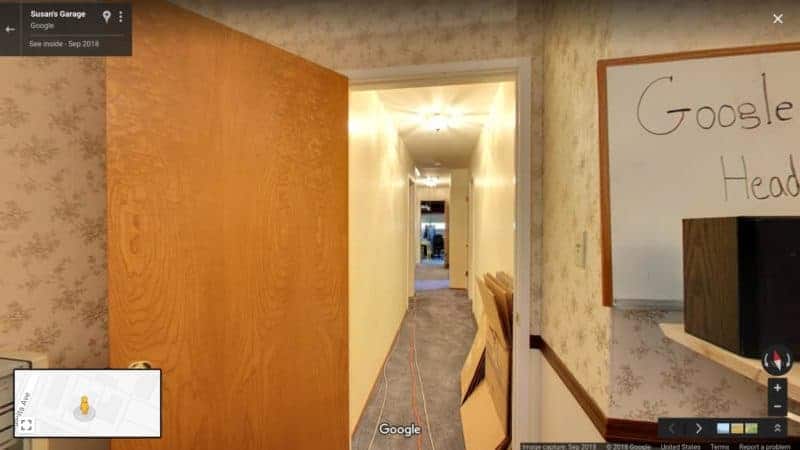 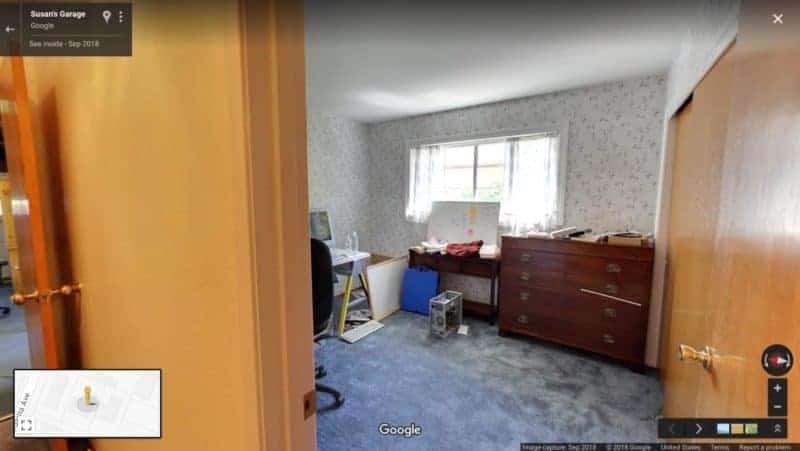 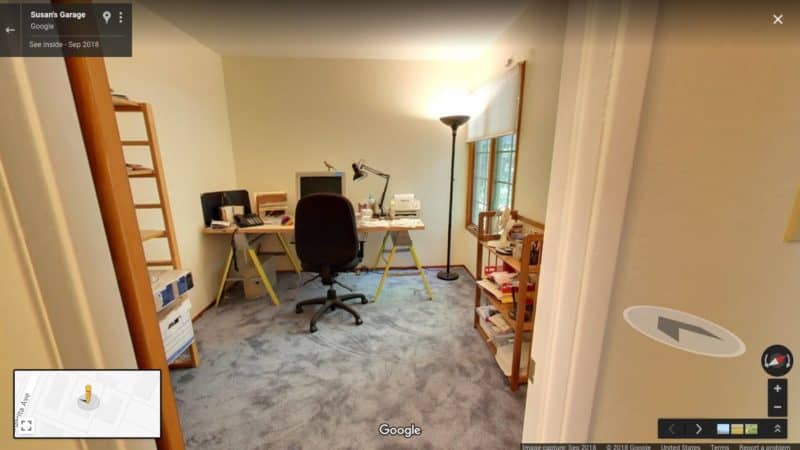 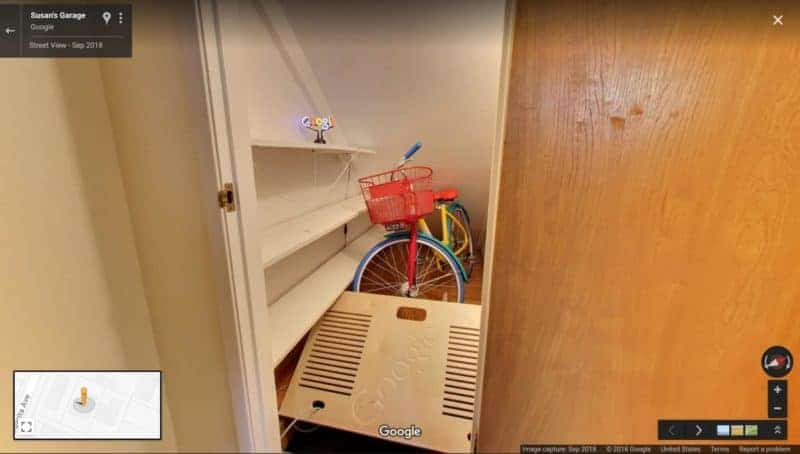 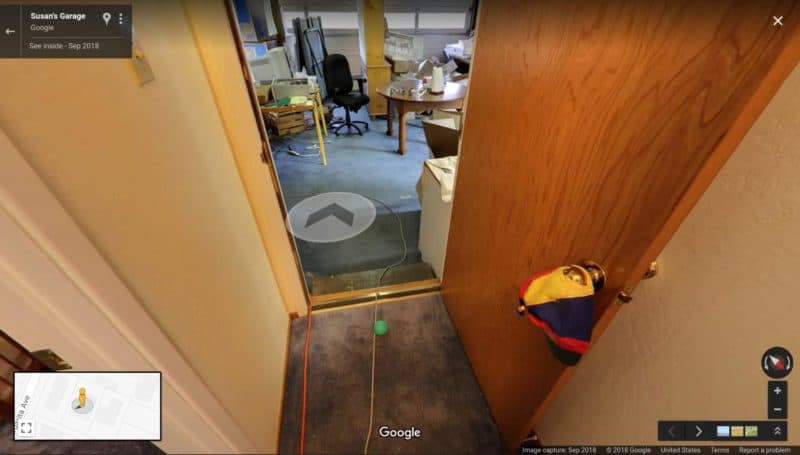 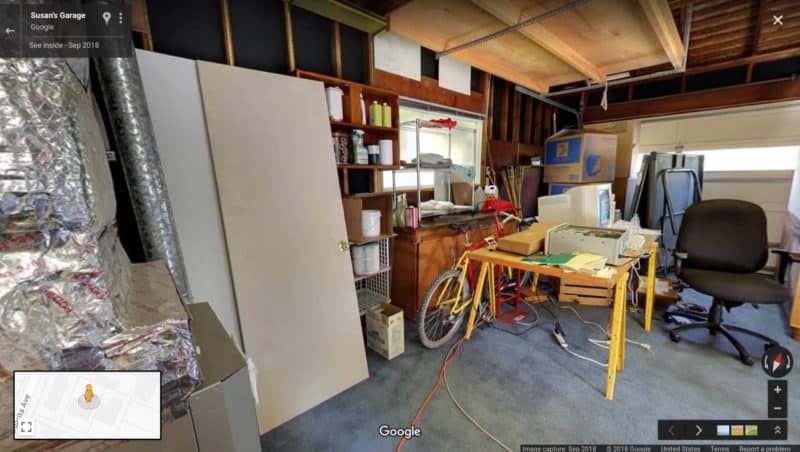 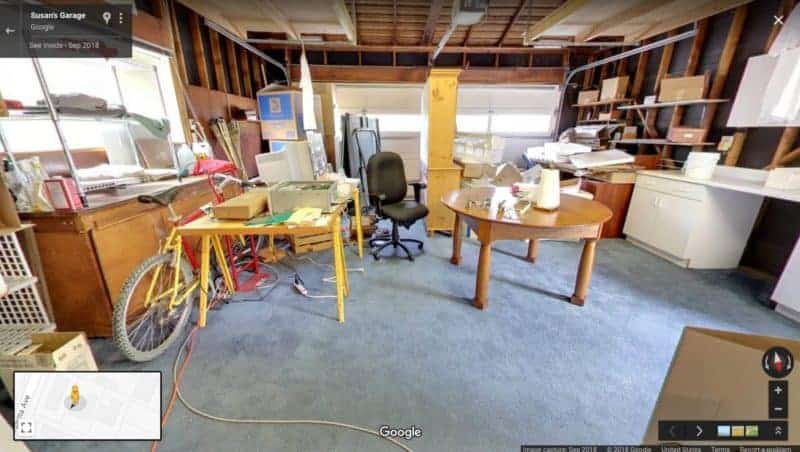 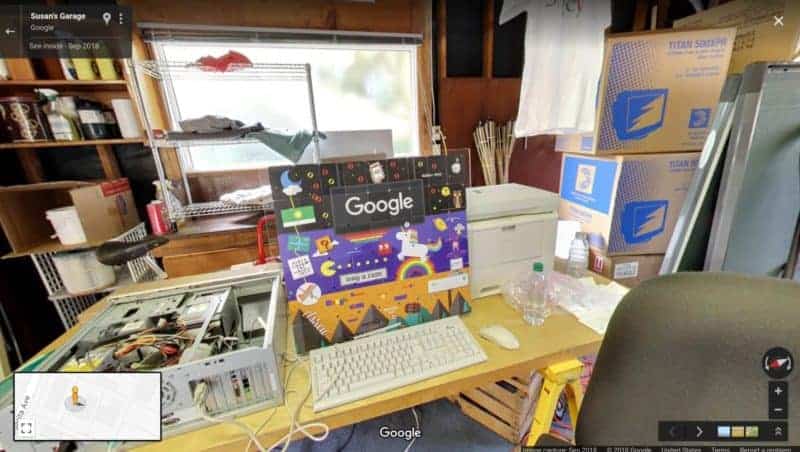